The Pain Of Infertility 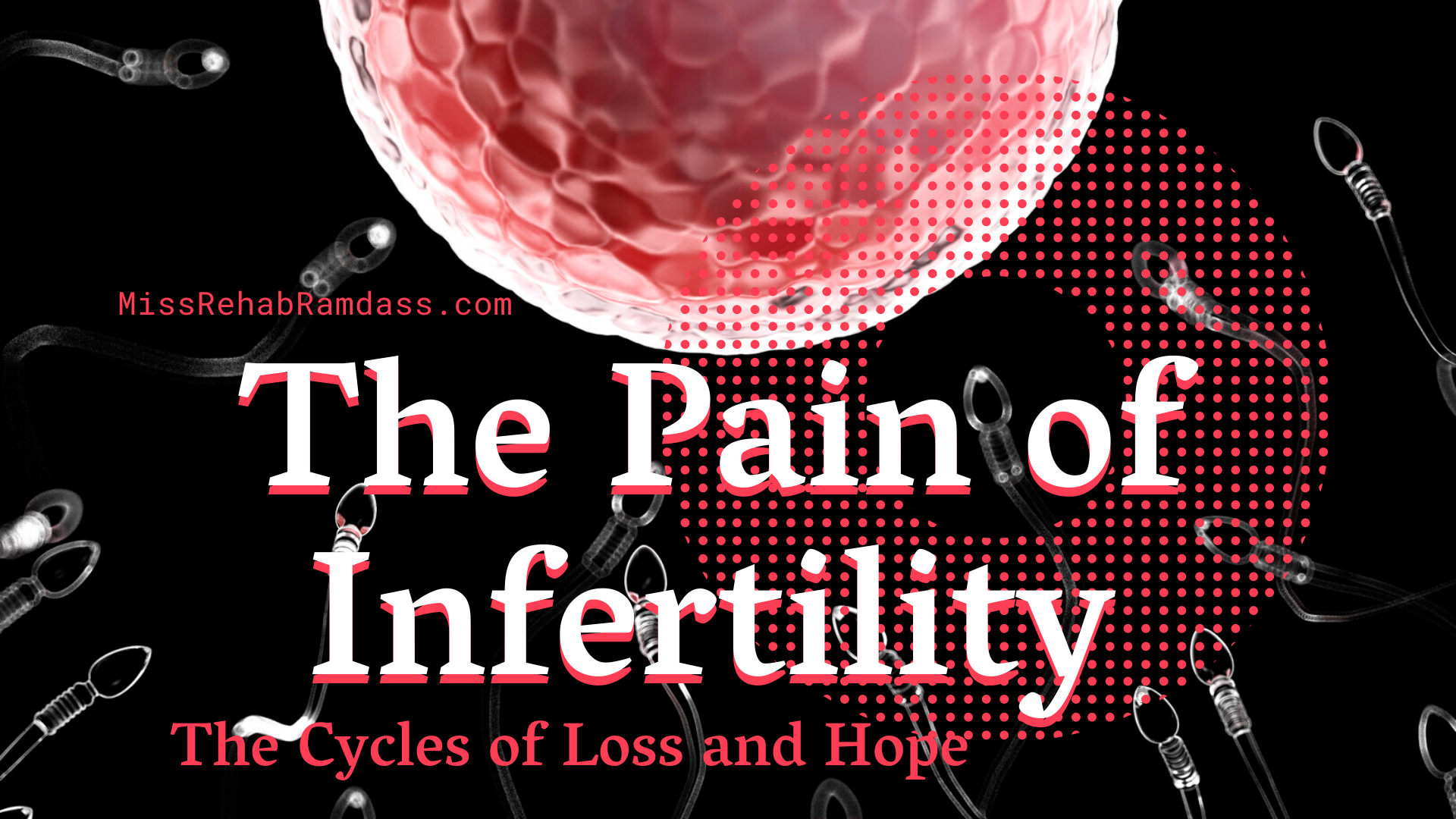 14 Apr The Pain Of Infertility

Let’s take the mask off Infertility for a sec! I personally never gave this subject much thought until I loss a baby myself and experienced a miscarriage shortly after. I guess its true that things become apparent when it becomes an issue for you. And although I never experienced infertility one of the people, I love the most in the world has.

Infertility is defined as the inability of couples to achieve pregnancy after 1 year of trying. This subject that was once considered taboo is being openly discussed by strong individuals to let others know that they are not alone. The more people open up the more we realize how many people around us are facing infertility and that this issue is more common than it is uncommon. It is so easy for people to openly discuss other health conditions such as diabetes, heart conditions, and even obesity.

I recently watched a movie about a specific religious denomination where the woman’s soul purpose was to marry, produce and multiply. Imagine living in a society where you are looked upon as unable and incompetent because you are unable to reproduce. Overtime with the evolution of science and knowledge we understand that this isn’t just a female issue. Infertility affects both women and men. Not only does infertility not discriminate against gender, it also doesn’t discriminate based on race, religion, age or even socio-economic status.

According to the CDC about 10 in 100 women in the U.S have trouble getting or sustaining a pregnancy. That’s a whole lot of women! To be exact 6.1 Million of them.

My eldest sister Gigi is not only one of my favorite people in the world, but she also takes part in creating that massive number. She is vibrant, funny, big hearted and the coolest person I literally know. If you’d meet her you would never know all that she’s endured.

A total of 8 pregnancies and all have ended in complications with no viable children.

Her first pregnancy she was just 20 years old. She was pregnant at the same time as my mother who was pregnant with me 30 years ago. The pregnancy lasted 24 weeks her water broke, and she had to deliver the baby. Her baby boy was born and fought for his life for 2 whole min! When your baby takes his last breath in your arms she describes the experience as soul breaking. What she didn’t know was that this was the beginning of more than 18 years and 7 more pregnancies of trying to conceive…

My sister says that Doctors never found any problems. All tests were conducted! Nothing was ever found. She was able to conceive; she was very fertile, but something was not allowing her to carry through. A Doctor said to her “That sometimes science cannot explain everything”.

“Not every pregnancy is the same. Always seek 2nd and 3rd opinions. Although things don’t always go as we plan never lose hope! Despite friends and family telling me to stop putting my body and mind through all of the hardship of continuing to try, I never stopped. I recommend couples to get educated, and to always be ready to accept what the outcome turns out to be. This isn’t your fault, it’s just that sometimes bad shit happens to good people. I often asked why bad mothers who beat, torture and emotionally mistreat children can have kids?

I always try and look at situations positively and am grateful that I was even able to get pregnant. Some women don’t have that luxury!

Even now at 50 years young if my body allowed it, I would never stop trying.”

God’s plan for my sister wasn’t 9 months of carrying life in the womb, his plan for her had a name. Her name was Samantha. After unsuccessful relationships and failed marriages, Samantha came to her life when her husband had full custody of a beautiful 5-year-old girl.

My sister said: “I look back and realize that God has a plan, even if that plan doesn’t go accordingly”.

If that isn’t strength and resilience, then I don’t know what is. And just like my sister there are millions of untold stories that will shatter hearts and make us appreciate things we might have once overlooked. The question is, why is the subject such a taboo to openly discuss.

What could be the cause of all this? Yes, there are many diagnoses that prevent people from being fertile. But why are women and men passing fertility tests with flying colors but still can’t conceive. Other things like family history, birth control, smoking, and stress can play a role.

So many women turn to holistic medicine seeking to cleanse their bodies through things like acupuncture, dietary adjustments, yoga and meditation just to name a few. So many stories of women changing their eating patterns, cutting alcohol, introducing herbs and overall changing their lifestyle and then going on to successfully carry. Could there really be a link between infertility and the foods we eat?

Researchers from the Harvard T.H. Chan School of Public Health and Harvard Medical School published a review of past studies that examined the impact of diet on fertility…

Studies of men have found that semen quality improves with healthy diets! Overall, replacing carbohydrates with animal protein was demonstrated to be detrimental to ovulation and fertility.

Infertility affects 1 in 8 couples, but it doesn’t check their pockets first. 6.9 million women between the ages of 25-44 used infertility services between 2006-2010. Treatments such as IVF cost an average of 12k and this does not include medications, a donor, legal contracts etc.. Some couples have to do several rounds of IVF and end up spending close to 100k or even more than 200k!!! And the sad truth is that assisted reproductive strategies aren’t always guaranteed.

We’re all fighting against time!

Today in society it is welcoming to talk about pregnancy prevention. But with being Infertile, not much so. Where does the stigma come from?

It is obvious that the emotional trauma and stress this issue causes couples is a burden no one should have to deal with. I mean this is supposed to be this natural thing that just happens right? Women and Men feel ashamed, embarrassed, and humiliated to talk about this is real issue that comes accompanied by so much pain. People question their faith, marriages fall apart and you’re found questioning what you’ve done to deserve this.

Being surrounded by people who are joyously having babies and cant relate to you can be difficult. Building a community and being able to link people who understand one another is a very powerful thing.

When ordinary people pray, EXTRAORDINARY things can happen! I empower you to change the conversation just like my sister Gigi did by opening up to let others know that she will forever be a mom of 8 babies!

Strength comes in stories and experiences! What’s yours?