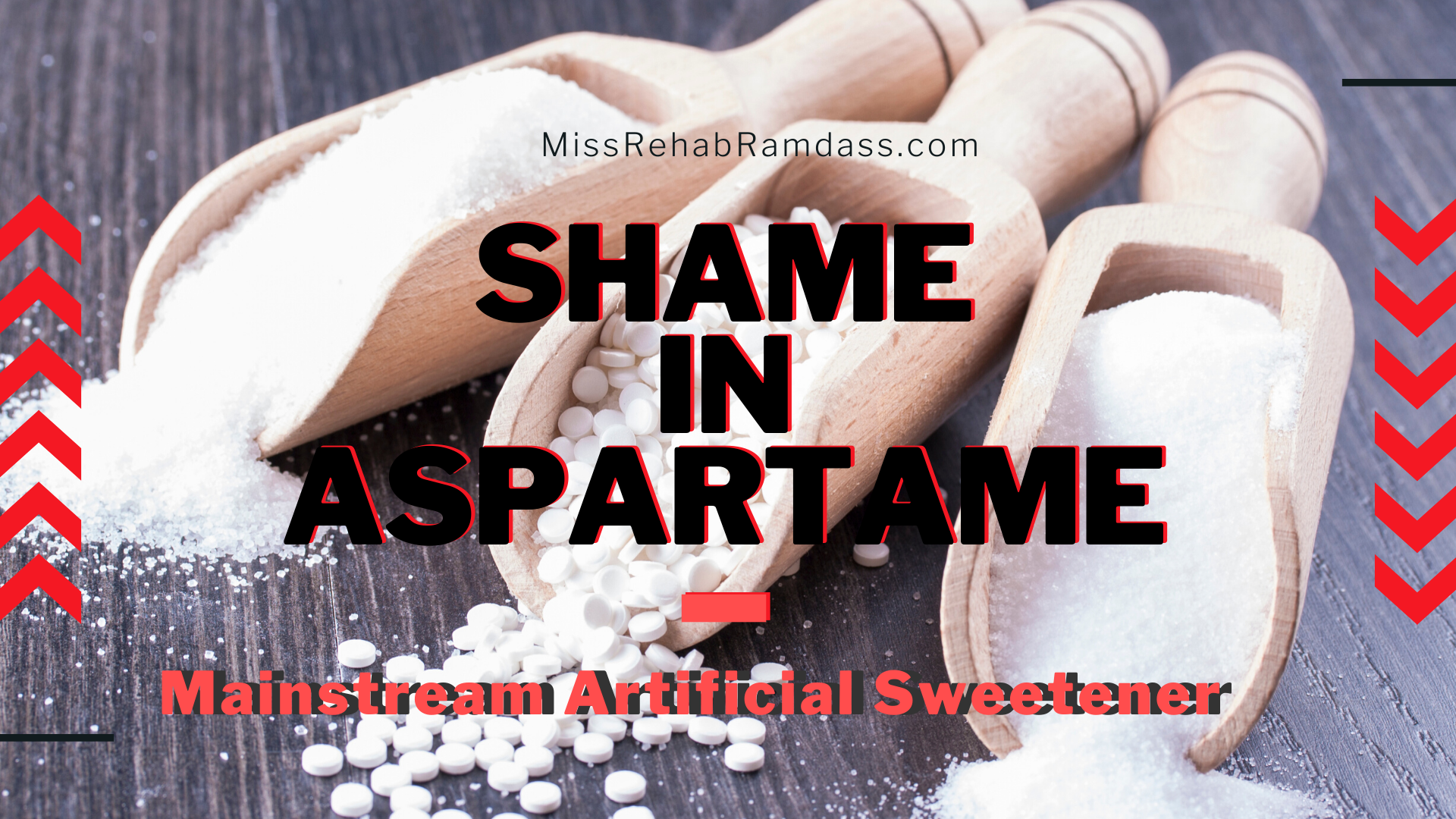 The sweet world just gets sweeter! When you think you’re in the clear you learn that there are other sweeteners on the market that are 200x sweeter than sugar alone. I mean how is this possible. 200x!!! Yes, and the name of such a sweetener is Aspartame. My best recollection of this Ingredient is in Gums like Juicy fruit and Big Red and is used in over 6,000 products worldwide. Products like soda, powdered soft drinks, puddings, yogurt, chewing gums and tabletop sweeteners! Oh wait! That’s not it, this ingredient can also be found in vitamins and sugar free cough drops like Ricola! See image below…

So, what is Aspartame?

Aspartame was discovered in 1965 and it is an artificial non-saccharide (No Sugar) sweetener 200x sweeter than sucrose (sugar) and is commonly used as a sugar substitute in foods and beverages.

Ever think of tabletop sweeteners like Sweet-N-Low? Well, that is Aspartame in a nutshell. You get the sweet! Without all the calories and all the sugar! And because Aspartame is much sweeter than sugar, very little is needed in foods and drinks to match the sweetness that you would normally get from sugar. Without ALL the sugar!

There’s so much controversy around Aspartame, is it better than sugar? Is it a good way to get the sweet without the bad?

Well we can start with saying that Aspartame is one of the most exhaustively studied substances in the food supply. With over 200 studies supporting its safety. The FDA approved its use in dry foods only in 1981, then in 1983 in carbonated beverages and in 1996 approved it in everything. It took them 15 years to approve across the board.

So, what does that mean to you today? Well from the sound of that you would think that its a safe well researched and tested product.  Right?

Many people speculate that there are links between Aspartame and…

Just to name a few…

There have been carcinogenic studies that have been conducted with Mice as the subject. Those studies concluded that Aspartame exposure was associated with increase in Cancer in both male or female mice.

“When your body processes aspartame, part of it is broken down into methanol (A toxic chemical). As of 2014, Aspartame was the largest source of Methanol in the American diet. Methanol is toxic in large quantities, yet smaller amounts may also be concerning when combined with free methanol because of enhanced absorption. Free methanol is present in some foods and is also created when aspartame is heated. Free methanol consumed regularly may be a problem because it breaks down into formaldehyde, a known carcinogen and neurotoxin, in the body”.

Can you believe this is describing something that is supposed to be better than sugar!

There’s been speculation around a correlation between Autism and methanol exposure in mothers during pregnancy. A study was conducted on mothers who had given birth to a child with autism and those who had not.

This study suggests that women who birthed an autistic child are likely to have had higher intake of Methanol than woman who did not have autistic child. Of course, a big ? remains since this is another medical hypothesis. But worth a mention.

So, with the consumers awareness to non-GMO and organic products recent changes have slowly been taking place with the large food corporations. For example, consumers had voice their concern with Aspartame in soda products which now resulted in change in their formulary iconic drink. Pepsi removed Aspartame from their ingredients in 2015! You will see logos stating such thing as you can see below…

The Coca-Cola Giant however continues to use the ingredient in their Diet products.

Whether you feel comfortable with consuming this ingredient or not, awareness is the key! Make conscious decisions!

Usually shortcuts mean your skipping something. Knowing that this was engineered and built in a lab and able to give you 200x more sweet than sugar. I mean something is definitely wrong with that image.

I hope to steer you cautious of everything you choose to put in your body and remember that the most natural way is keeping it simple and pure in its originality. Like natural occurring sugar in fruits.

Shame in Aspartame for thinking it can replicate the original in a enhanced way.