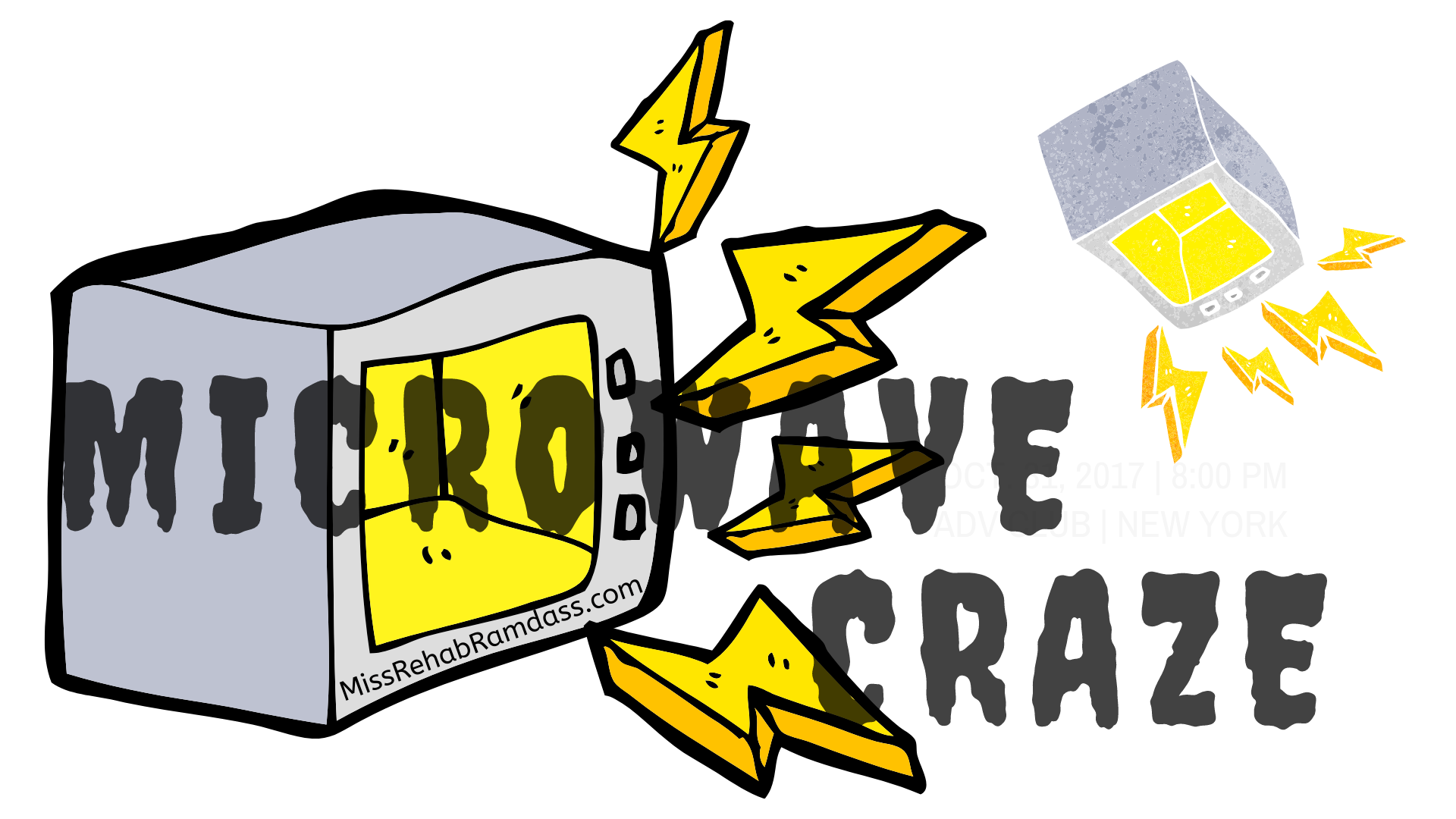 We live in an era that using a microwave is a part of our everyday life. We have it in our home, in our workplace and even fast food restaurants. This level of convenience of placing your food in a box, pressing a number and instantly warming up your meal, does it come at a price?

I’m sure we’ve all heard that using a microwave releases radiation. To what extent is this real? And if so, how is our health being affected by this. There are always two sides of the story.

Some say that because there aren’t any “OFFICIAL” scientific studies confirming the harmfulness of using microwaves that it is deemed as safe. Which sounds to me like innocent until proven guilty, but if there isn’t a case or study ever done then wont it just be innocent?

Others say that using a microwave is as dangerous as the light emitted from a light bulb.

When we look at the history of microwaves, we see some alarming actions that should raise some red flags towards our health. The Soviet Union (Russia) previously banned microwave ovens in 1976 due to the risks associated with cancer. The Food and Drug administration (FDA) clearly declared BPA safe in 2008, yet in 2012 they officially banned BPA in baby bottles and children’s cups due to the plastic breaking down overtime with typical use of repetitive heating.

According to EMFacademy.com microwave ovens emit an enormous amount of Electric Magnetic Fields (EMF) radiation. However, research is increasingly showing that even this non-thermal EMF radiation can cause significant harm to your body and DNA. Hundreds of studies have shown that the health effects of EMF radiation can be profound.

In May 2011 the world health organization officially classified this type of EMF exposure as a class 2B possible carcinogen.

You might ask, why is a carcinogen (cancer causing agent) classified as 2B?

According to the American Cancer Society…

Substances labeled as carcinogens may have different levels of cancer-causing potential. Some may cause cancer only after prolonged, high levels of exposure. And for any particular person, the risk of developing cancer depends on many factors, including how they are exposed to a carcinogen, the length and intensity of the exposure, and the person’s genetic makeup. Standing at least 20 in away from a running microwave results in a 100-fold drop in radiation exposure. Ready to stand aside next time someone’s warming up their food?!

The International Agency for Research on Cancer (IARC) is part of the World Health Organization (WHO), they are responsible for categorizing possible carcinogens into different groups based on limited testing on lab animals…

(EMF exposure lands under 2b and is related to microwave usage and other devices. Possibly carcinogenic?!!! WHATT!!)

I have never known life outside of having a microwave in my home. Pulling out a pot as a kid was not an option to heat up food because of the dangers of using fire. But with a microwave it was easy, harmless and most importantly It got the job done which was to heat up my food and heat it up fast. Having a microwave in our homes has become a part of the American culture. It is difficult to find a home today that doesn’t have a microwave.

Just imagine the inconveniences of having to actually do something that might potentially save your life. Some may argue that “Its not that serious”. The issue here is that this so called “convenience” is a convenience that we overuse and abuse! Some people use microwaves every single day to heat up their food, baby milk, popcorn and my favorite… frozen dinners (Another convenience that is an inconvenience to our health) NOT!!

Speaking about popcorn. According to the FDA, it indicates that the chemical coating used in microwave popcorn bags breaks down when heated into a substance called PERFLUOROOCTANOIC (PFOA). The environmental protection agency has identified PFOA as a likely carcinogen. Another study has shown that there is an acid that can be extracted from the chemical PFOA that causes cancer in animals and is likely to cause cancer in humans.

What ever happen to heating your food on the stove top? It is clear that taking the short cut isn’t always the best option, I believe that this is applicable to everything in life. Microwaves and heating your food instantly aren’t the exception. After reading this, are you still Microwave Craze?