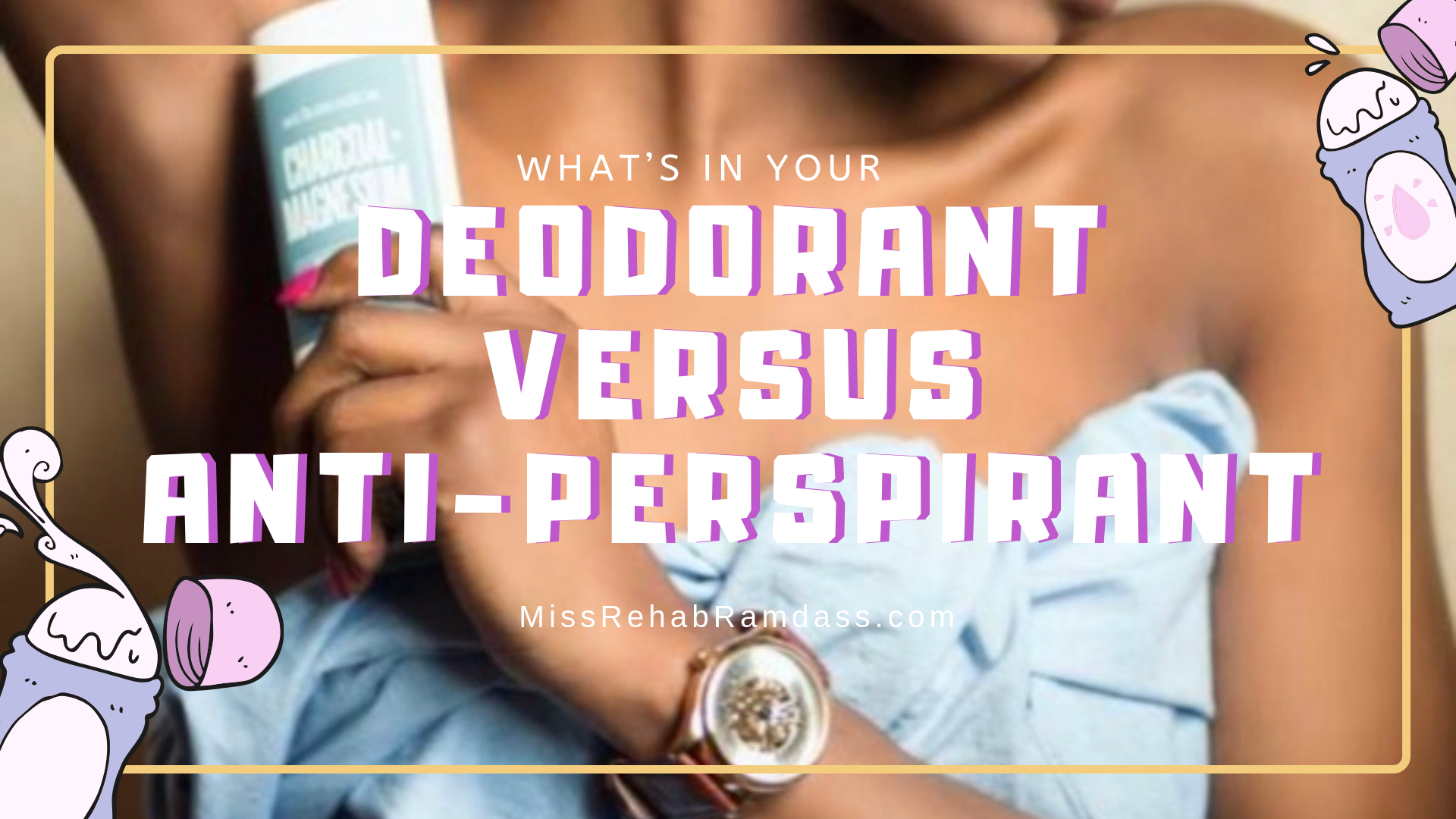 The majority of the population on the Earth wears deodorant every single day! Have you ever stopped to think about what humans did before deodorants existed? I did! And after some research not surprisingly found out that they simply did nothing! On really hot days some people would wear sweat pads on their underarms to prevent sweat from getting on their clothes. Somehow body odor was acceptable and not considered offensive. It was a topic that was never really discussed and became a taboo to society.

So when did this all take a shift? When did people start to talk about it and how did an entire society all of a sudden see a need for this industry that now generates a whopping 18 Billion annually!!

According to the Smithsonian.com A surgeon had invented an antiperspirant to keep his hands sweat free in the operating room. His daughter Edna Murphy discovered that this applied to the armpits stopped sweating and smell, so she decided to open up a company that didn’t do so well at first. Most people even if they had even heard of deodorants thought it was unnecessary, unhealthy or both! She hired a door to door bible salesman to help with marketing and somehow convinced the public that being sweaty and stinky was offensive, unattractive and overall nasty. I guess insecurity sells huh!

Today people wear deodorant not because they smell bad but just because “Just in case”. Fresh sweat is rarely stinky! If you wipe a trickling sweat coming down your forehead on a hot summer day and smell it, it won’t stink. It is actually colorless and odorless. The stink that comes from our underarms is because of the combination of sweat and bacteria growth.

The common household item that sells worldwide is commonly known as a deodorant, but did you know that you possibly use an antiperspirant not a deodorant? You may be wondering well how can you tell the difference? Let’s take a look.

There are two categories today out in the market one of them is Deodorant which by definition means a preparation that destroys or masks unpleasant odors.

The other is an Antiperspirant which by definition means a preparation used to reduce perspiration. The root word of perspiration is perspire and it means to emit matter through the skin.

In simpler terms deodorants prevent bacteria from building up. What deodorant doesn’t do is protect from perspiration and wetness. On the other hand Antiperspirants help reduce sweating, and aluminum is the active ingredient that creates a gel like substance when applied that block the sweat glands on your skin and prevent you from sweating. If the antiperspirant contains the active ingredient aluminum, this a good way to identify that it is an antiperspirant not a deodorant.

The FDA classifies antiperspirant as a over the counter drug due to its ingredients. I am assured that most of us have heard for quite some time now that antiperspirant (deodorant) is causing breast cancer! To what extent is this really true?

Substances from our antiperspirant are absorbed through razor nicks from underarm shaving. These substances are said to be deposited in the lymph nodes under the arm. Then the body is not able to get rid of them by sweating because the antiperspirant keeps you from perspiring. This is said to cause a high concentration of toxins which leads to cells mutating into cancer. The American cancer society considers these claims to be largely untrue.

On the other hand the American Cancer Society states that razor nicks can cause infection and irritation but that it is very unlikely that this is a major source of carcinogens that get into the body and reach breast cells.

There is not sufficient evidence that help support these contradicting statements and the truth of the matter is that with the rise in health awareness in just about everything you can think of. The lack of research isn’t enough for people to continue the usage of some of these products. People are not willing to be guinea pigs until we are for certain that we are 100% safe and that using antiperspirants are considered safe for our health. This rise in awareness has led companies to offer consumers more deodorant natural products with ingredients like shea butter, baking soda, coconut oil, essential oils and beeswax.

There is no pre product approval before a product hits the market and enters your home. Antiperspirants, deodorants and other hygiene products carry harsh chemicals that we should avoid for various health reasons like the disruption of hormones and kidney disease (since the kidney is cleansing out all of the aluminum from the body.  From parabens, synthetic coloring, fragrance, triclosan, propylene glycol and of course Aluminum which clog up your pores just to name a few.

The skin is the largest organ in our bodies and when our body shows something on our skin, this is a sign of what could be happening internally. Many of these ingredients cause skin irritation but even worse some are causing problems we cannot see or feel in the moment.

When your shopping for essentials deodorant Is just as important as toothpaste, and yes hygiene Is not what it used to be! Smelling stinky makes you weird, a holistic hippie or in simpler terms nasty. Today there are so many options on the shelf. The bad news is that not all of the options are clean, but the good news is that you have the choice!

Just to name a few!